Lisa-Jo Baker, the author of this post, says she's over being "fine". Hers is a beautiful post...so sweet, so transparent. I admire her attitude and openness.

I'm not where she is. I may never be.

When someone asks me how I am I usually answer with a smile and the usual, "Fine, thank you."

In my mind, I justify my answer because, really, I guess I am fine...if you compare my problems with those who have it much worse than me. That works, right? That makes it okay to say "I'm fine" when I'm anything but fine, doesn't it?

You've done it. I've done it. We've asked someone how they are, just because that's what we're supposed to do. Sometimes we might really want to hear their answer. And sometimes, we might be dealing with too much ourselves to be able to listen and to care. I get that. But I have to say that there have been very, very few times when someone asked me that over-used question and I knew, felt, that they wanted to know. That they cared. And even in those few instances I couldn't answer honestly. It hurt too much, and it opened me up to rejection. Again.

Sometimes I want to tell them, just tell them, "If you don't want to know, don't ask. I'm tired of being untruthful." But I know they're only doing what I have done over and over.

I want to tell them all these things, but I can't. Because they would be startled, embarrassed, shocked, angry and disgusted. They might tell me that I'm being over-dramatic. That I'm feeling sorry for myself. And, if they did, I would die inside...all over again.

Please think of this when you ask someone how they're feeling. And, to those of you who have chalked this post up to one big pity party, I guess there's nothing I can say to change your opinion. But I ask that you think about your judgments until you've walked where I have walked. And I ask you to take the time, at least once, to listen to the answer to your question and to hear, really hear, what that person is not saying.

I'm reaching...grasping...for hope. I'm praying that God can help me not necessarily to be "fine", but to just get better. To get real.

There are a lot of people who need to do that, too. You're not fine. I won't offer you advice that I'm not even following, but I do want you to know that you're not alone. More of us are wearing masks than you could imagine.

God sees behind the mask. Sometimes that terrifies me. Mostly, it comforts me, because He's the only one Who can help me with what He finds there. He can help you, too.

I still believe that, someday, I can be healed and used of God to help others who wear the mask of "fine".

P.S.
To a certain person who has been faithful to ask me how I am, to want to know, and to persist until she gets the answer, thank you. You know who you are.

I Was Nominated for The Liebster Award! 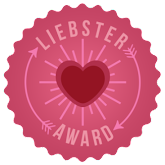 Please note: I do use affiliate links in my posts.

My Stick Family from WiddlyTinks.com

I am also a contributor at Cherish the Call